I’ve been worked on this 16-page comic over 2020 when starting Covid19. I love independent comics, especially limited hand-made print editions, so I intended to make my new comic as self-published zines. One of my ambitious projects that have all eatable characters will be printed with four-color Risograph, editions of 100 coming out next week!
Even though I had the craziest teaching schedule in 2020, quarantine and virtual classes helped me to have some extra time to work.
It’s nothing about Covid19, but I hope my new mini-comic gave you some healing time to see.
I’ll let you know where you can get the copies once they’re out! So talk soon! 🙂

“The Fairy and Fried Shrimp” is a parody of “The Fairy and the Woodcutter,” which glorifies all kinds of crimes such as voyeurism, theft, confinement, rape, and stalking.
I hope through this work, the conventional wisdom of our society women should be sacrificed for granted will make us think again. The condensed milk monster symbolizes backstabbers.

Page 02. On the Saturday afternoon, the fried shrimp drove his food truck to the top of the mountain.

Page 03. When he went up to the top of the mountain, the fairies were taking a bath. He was surprised by the beautiful fairies!  The condensed milk monster told him that he would marry one of the fairies by hiding the fairy’s pretzel. – her only means of flight.  He could then come to the rescue of the stranded fairy. However, everything was to be kept secret from his wife until they had at least three children. So he decided to steal one of them. When the fairies came to pick up the pretzel after the bath, they noticed that a fairy’s pretzel was missing.

The other two fairies went up to heaven, and the remained fairy was crying alone. The fried shrimp was watching all these pleasantly.

Page 05. Finally, the fried shrimp succeeded in driving down from the mountain with the fairy. When they arrived, he introduced the fairy’s new home, the noodle bar.

Page 06. Three years have passed, the fried shrimp and the fairy had two children. However, she looked out of the window every day, suffering from postpartum depression, and cried while missing her hometown. The fried shrimp had to do both childcare and housework.

After all, the fairy wailed loudly, saying, “I can’t stand it anymore!” The fried shrimp was surprised to see it.

Page 07- 08. Fried shrimp felt sorry and thought it was all his responsibility. Without any other choice, he took out the flying pretzel he had hidden in the safe to the fairy.

As soon as the fairy received the flying pretzel, she immediately wore it on her head, took the children, and flew delightedly to heaven.
The fried shrimp wailed and clung to not go, but it was too late…

Page 09. From that day, fried shrimp did not take care of the noodle bar for a year and spent every day drinking soju with grief and shock.

And then, one day, a yogurt-shaped drone came down from the sky. The drone said the fairy sent him down to the fried shrimp and asked him to go up to heaven together.

The condensed milk monster was secretly watched the whole scenes from behind the noodle bar.

Page 10. Fried shrimp went up to the sky with the yogurt drone and was reunited with his family again. All his family members greeted him with tears.

Page 11. After such a happy reunion, the fried shrimp family had a happy time in heaven.

But the fried shrimp, who had only eaten food made of clouds in the sky for more than 100 days, began to worry about the restaurant that left without taking care of on the ground. Also, he really wanted to eat his fried shrimp noodles so much.

Eventually, the fried shrimp told the fairy that he would quickly check to the store and return. The fairy was agreed and gave him the yogurt-shaped drone. She told him he has to be back within 24 hours and never be wet by water.

The fried shrimp went down to the ground with a drone excitedly.

Page 12. After arriving at his noodle bar, fried shrimp first started cleaning up the store that had not been taken care of. He straightened the crooked sign on the roof and wiped the windows. Until then, the drone had been sleeping on roofs. After all the cleaning, he cooked a bowl of fried shrimp noodles for himself and enjoyed it. He didn’t even know it was raining outside.

Meanwhile, the drone, alone on the roof, could not escape the rain and eventually got utterly wet with rain showers.

Page 13. The drone, which was smart but was infinitely small and powerless in front of nature, eventually broke down in the rain.

The fried shrimp belatedly realized the situation, jumped out, but the drone had already broken down completely.

After that, while the lonely fried shrimp cried to the moon each night, he became a chicken.

Page 14. In the meantime…
The condensed milk monster looked on and was inspired by the tale that had unfolded. Based on the story, he developed a tasty chicken and shrimp noodle soup that became the world’s no.1 instant ramen, and he became a millionaire doing it.

Who is the biggest beneficiary of all these, and who is the victim…?

Here’s my latest and first illustrations of 2021 about ‘Famously Fired’, including the CEO of KFC, Hershey’s, Mark Cuban, and Sallie Krawcheck. Mark Cuban’s success story was pretty impressive!

Thanks, AD Andrew Horton, and click HERE to see the articles.

I recently opened an online print shop HERE. The first order was made from Germany🇩🇪🇩🇪🇩🇪! Thanks a lot! 🙂

One Good News – ‘The fairy and the fried shrimp,’ is now being printed at the one Riso printer in Korea! It’ll be 100 editions, so please stay tuned!

One of my new year’s resolutions for 2021 is more blogging, so talk soon! 🙂

A collaborative work with Yongin Cultural Foundation. 2020 is the third year of the Art Truck Live concert, and this year’s theme is ‘Autumn Spirit.’ You can see the three steps of my illustrations – rough idea sketches – tightened sketches – finals. I like how they did the final layouts. The concert will be held at Yongin Mireu Stadium on Nov 6th, 2020.

Featured in People of Print

Since my jungyeonroh.com has a new look, everything from my latest blog has been imported back to this WordPress. 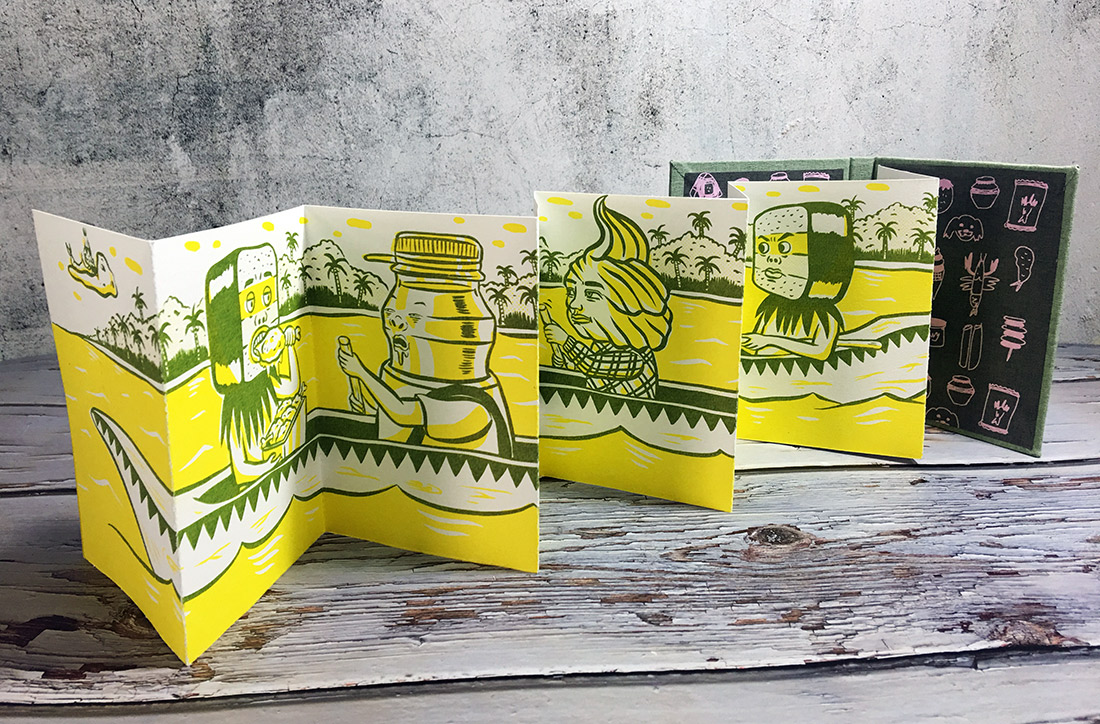 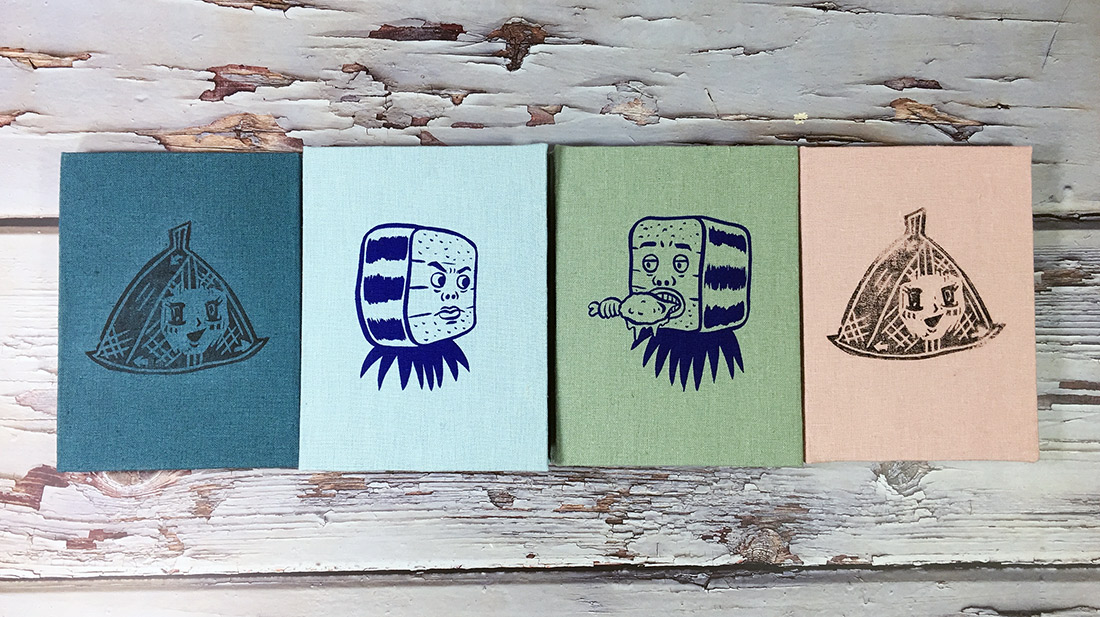 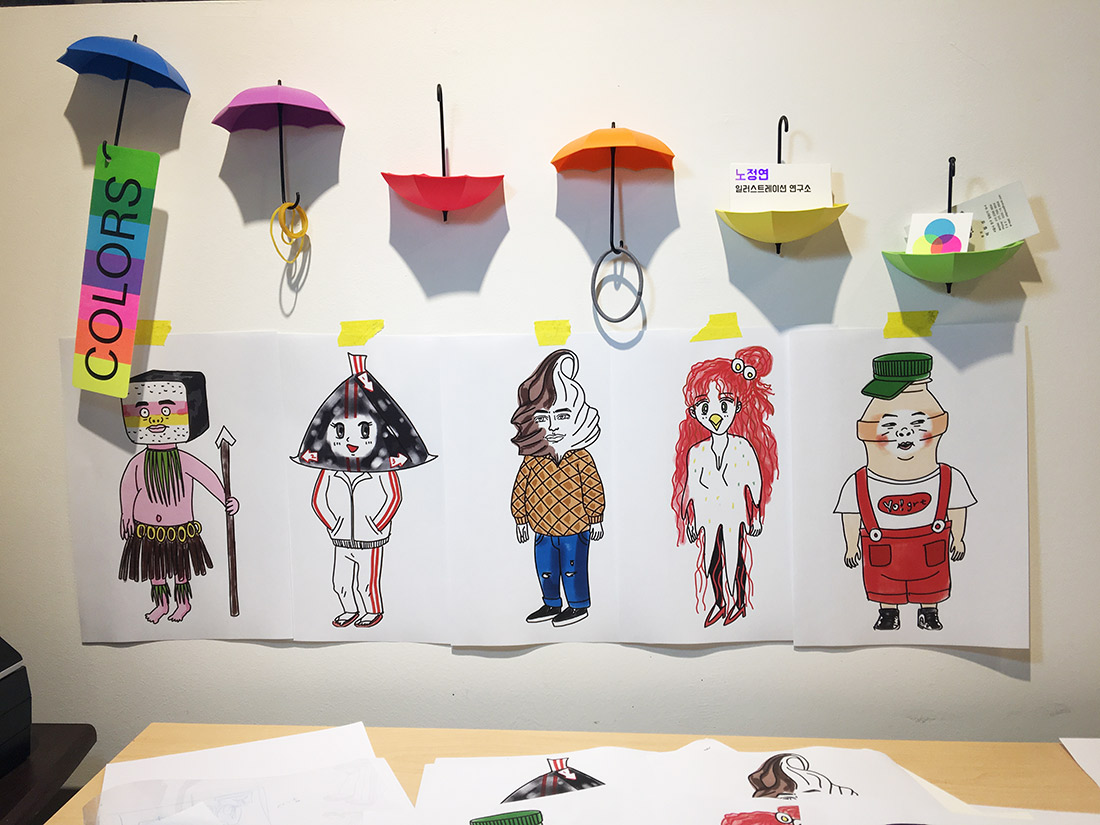 If you are wondering what I’ve been up to these days,